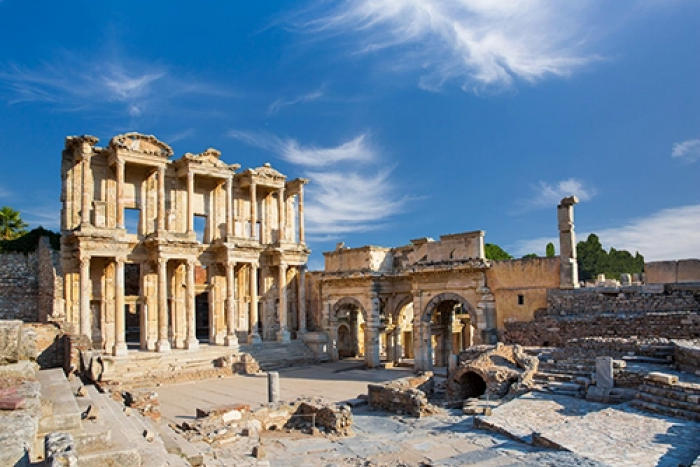 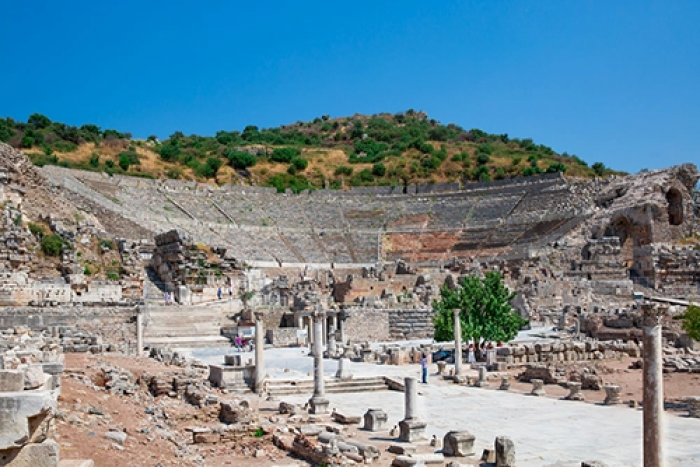 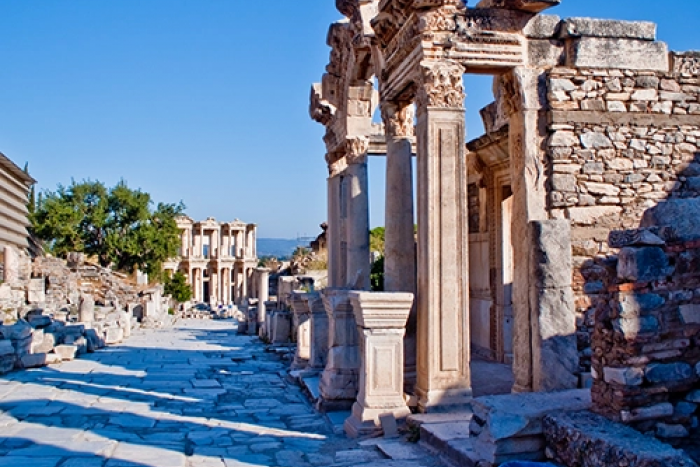 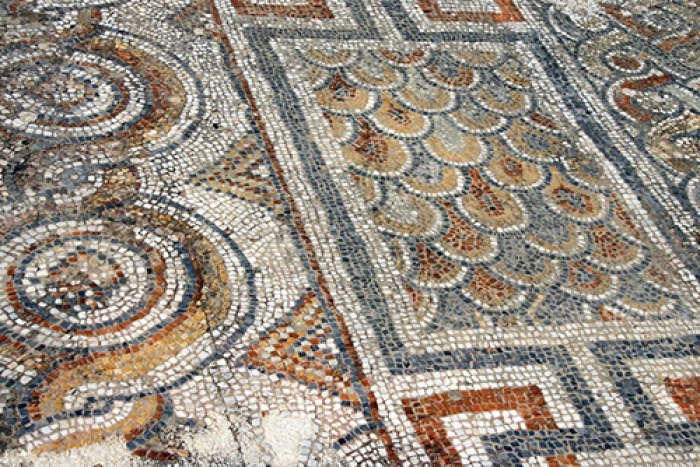 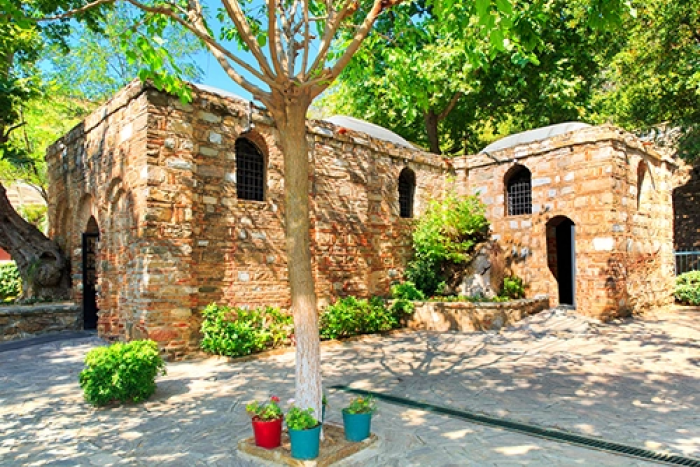 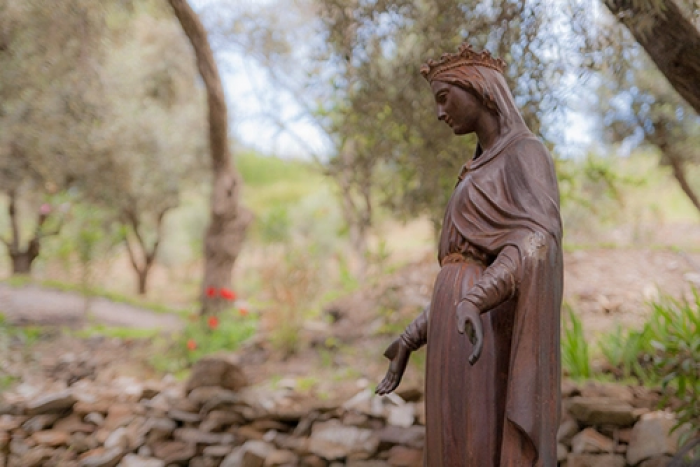 We offer you a daily excursion from Istanbul to Ephesus. If you don’t have any night to spend out of Istanbul, or if you have booked your hotel before and would like to make a little change in your Istanbul visit, then we gladly introduce our daily Ephesus tour from Istanbul to you. You will be picked up from your hotel early in the morning and transferred to the airport. You will directly fly to Izmir and you will be picked up from the airport in order to visit Ephesus, which is one of the best preserved antique city in the ancient world. Once you visit the premiere Greco-Roman City of ancient world, explore the Temple of Hadrian, Domitians temple, Hercules Gate, famous Celsus of Library, Great theater and other Roman sites as well as House of Virgin Mary you will be transferred back to airport for your return trip to your hotel in Istanbul.

Early morning pick up from hotel. Transfer to airport in Istanbul. Flight to İzmir(Ephesus). Pick up from airport and transfer to Company Office in Selçuk. Depart for Daily Ephesus Tour.
Visiting;
Ephesus Ancient City;

Temple Of Hadrian: Built before 138 A.D. by P.Quintilus and dedicated to Emperor Hadrian, it is the most beatiful and best-preserved structures in Ephesus area.

Domitians Temple: Built in the reign of Domitian, it is the first structure known to be dedicated to  an emperor. The temple was built on a two-storied wide terrace which is 50X100 meters in dimension, and the upper side of the terrace was reached by stairs which are still visible today.

Hercules Gate: Located at the end of the Curetes street, the gate signales that the street was a pedestrian area. It was named Hercules gate because it has relief of Hercule on it.

Celsus Library: Known as the third richest library in ancient times after the Alexandra and Pergamum, it was built as a monumental tomb for Gaius Julius Celsus Polemaeanus in 117 A.D. There was astatue of Athena, who is the goddess of the wisdom representing that the place used as a library. There are also four statues representing the wisdom (Sophia), knowledge (Episteme), intelligence (Ennoia) and valor (Arete) which are virtues of Cellus.

Great Theatre: Being the most magnificent structure in Ephesus ancient city, it has the capacity of 25.000 seats and the largest theatre in Anatolia. The theatre was used not only for concerts and plays, but also for religious, political and philosophical discussions and for gladiator and animal fights.

House of Virgin Mary: Located 9km ahead of Ephesus, the place known as where Mary have spent her last days. The house is a typical Roman architectural example. It is two-storied and consists of an anteroom, a bedroom and praying room, a room with fireplace and a kitchen.

Temple of Artemis: One of the seven wonders of ancient world was a famous holy place of pilgrimage for centuries.

End of tour, transfer to airport for evening flight back to Istanbul.Transfer to your hotel in Istanbul. 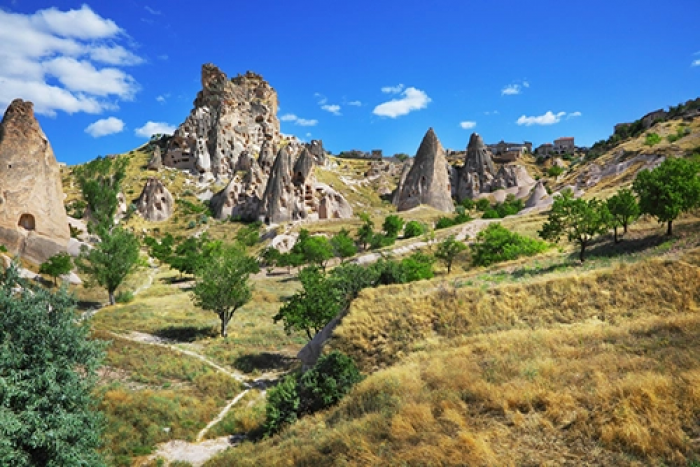 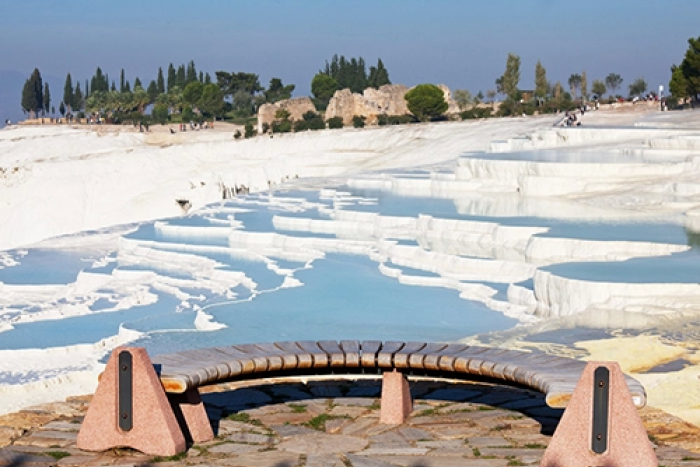 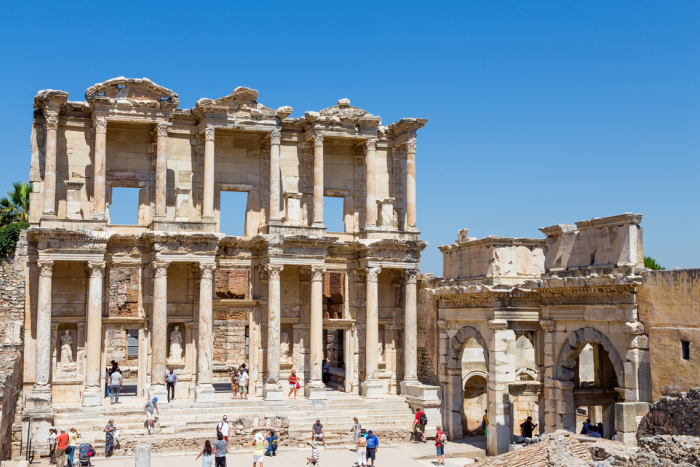