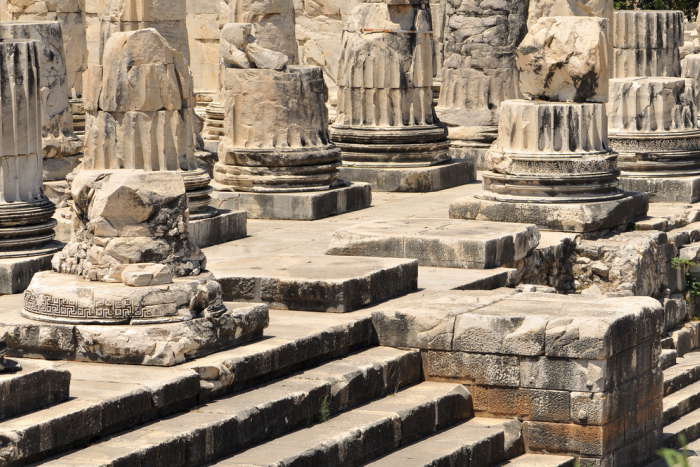 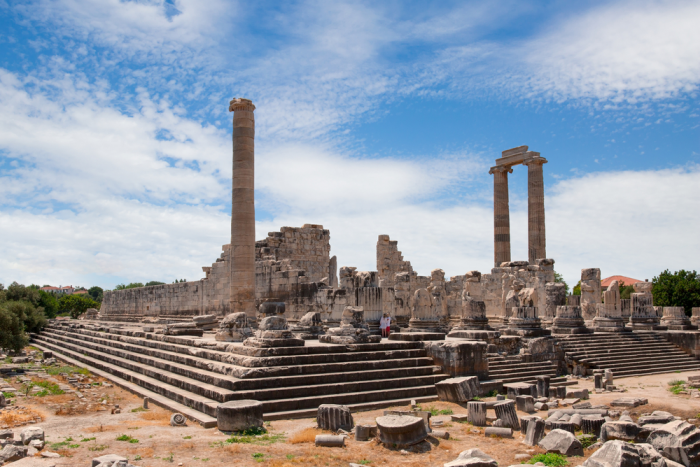 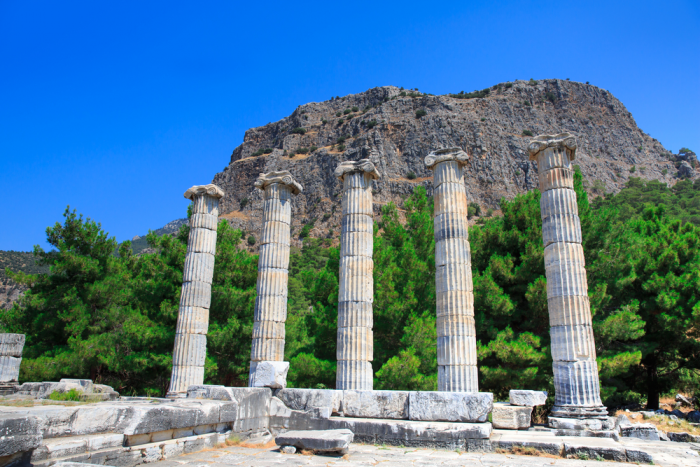 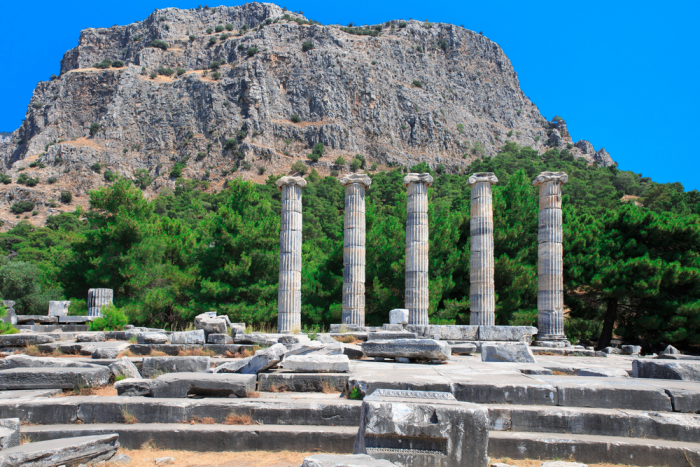 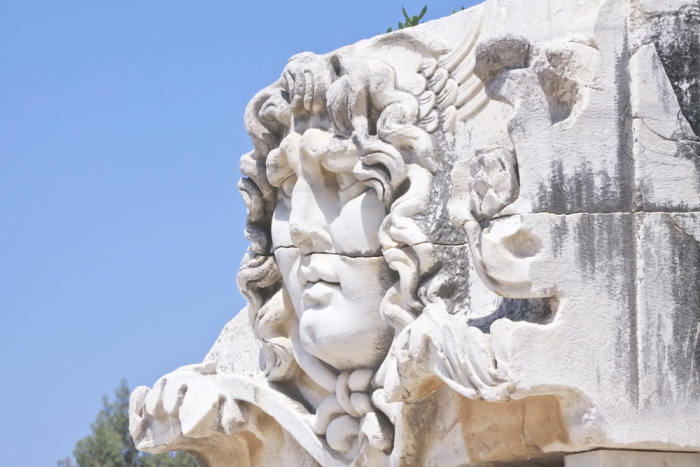 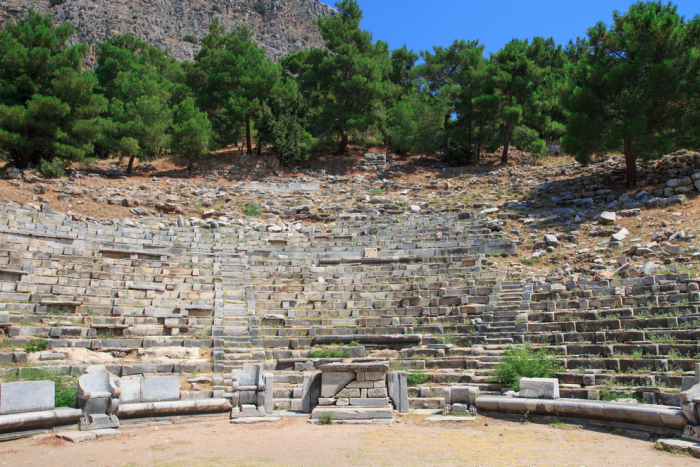 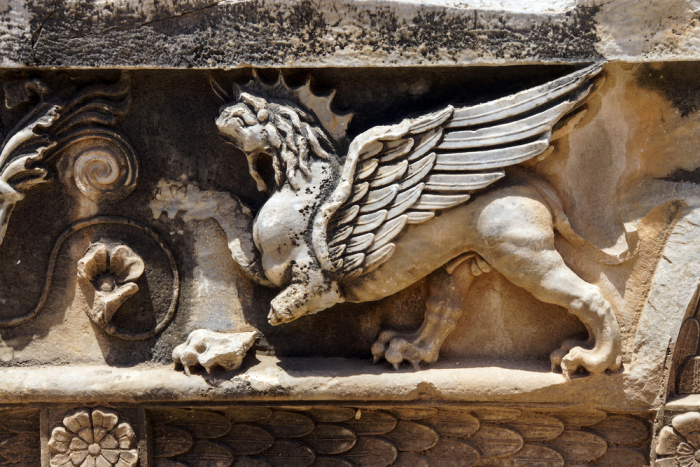 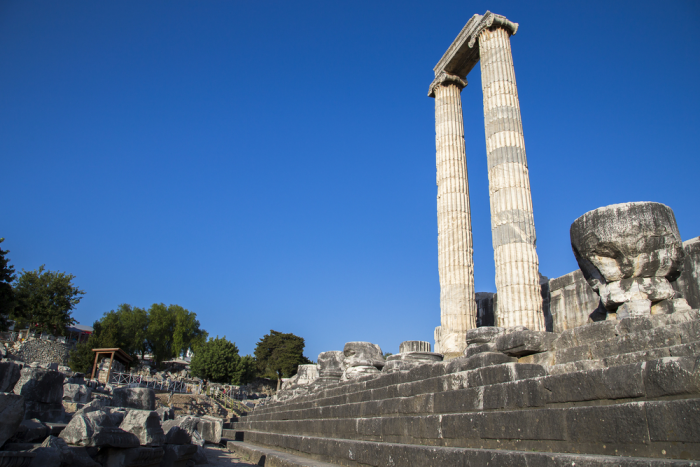 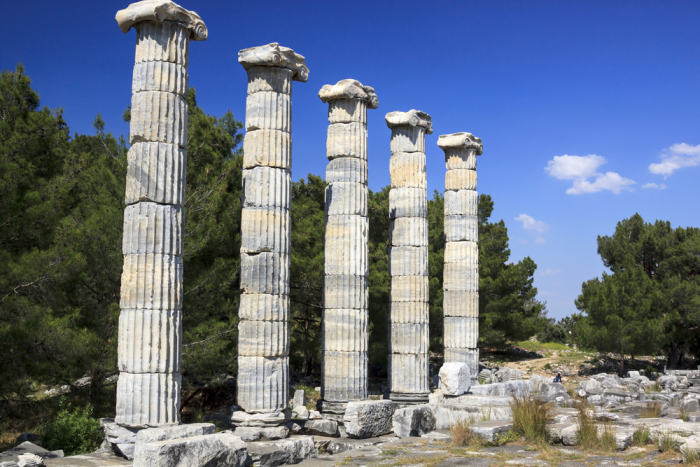 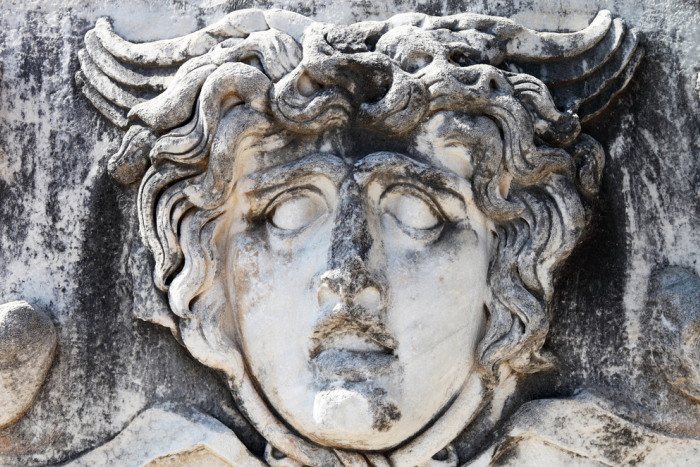 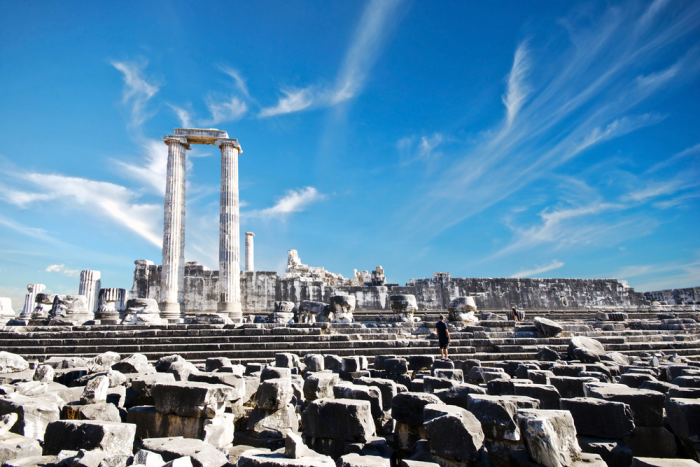 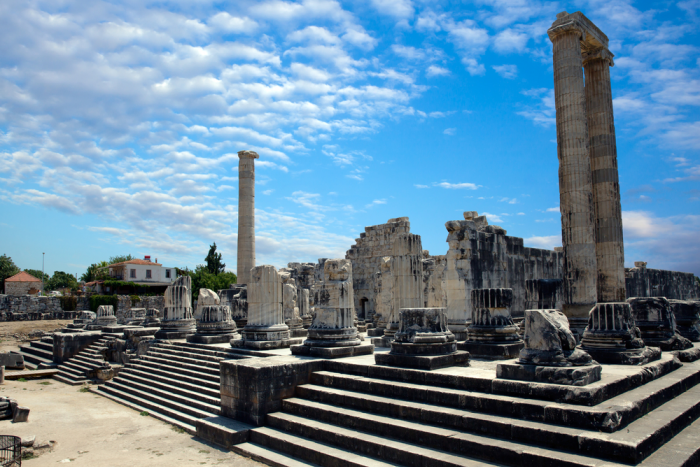 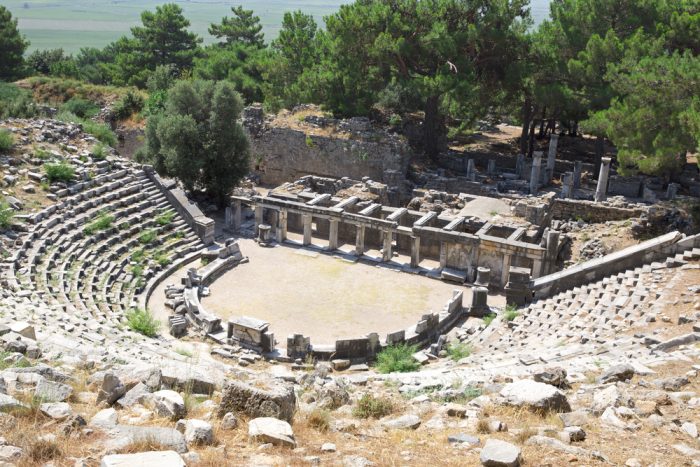 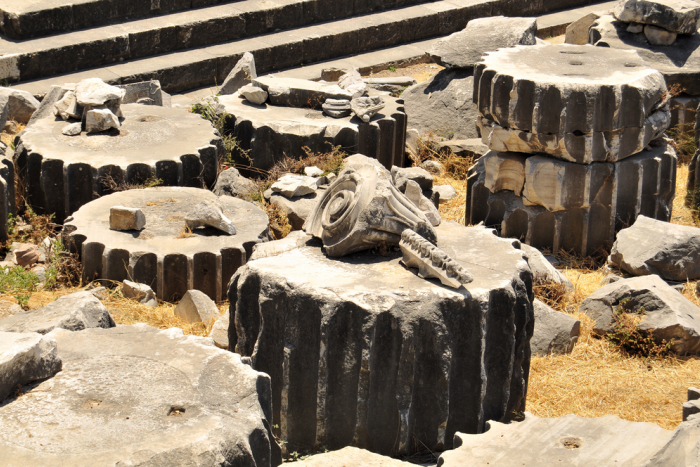 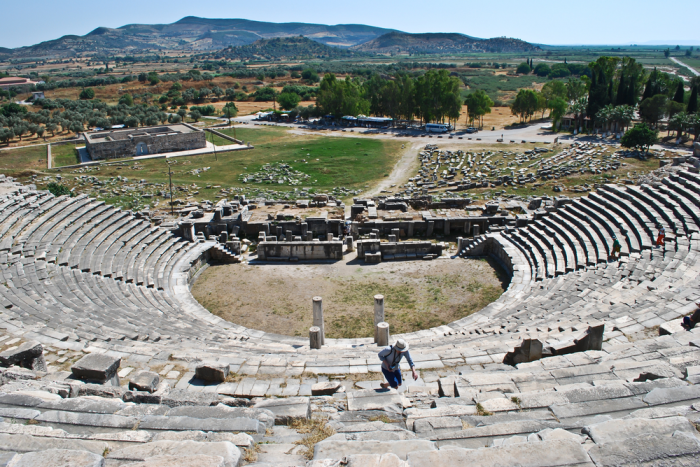 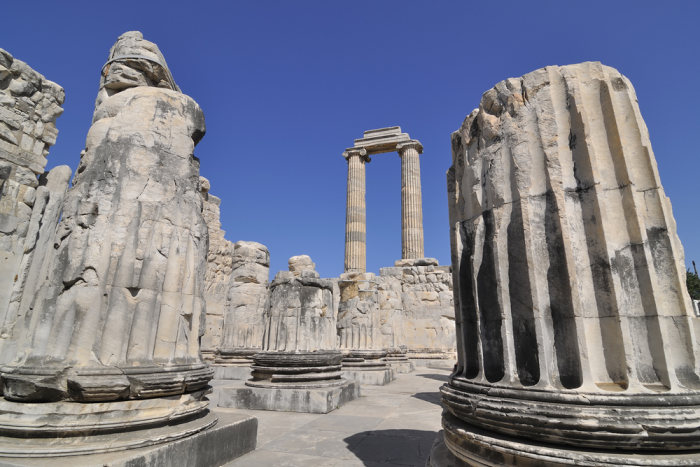 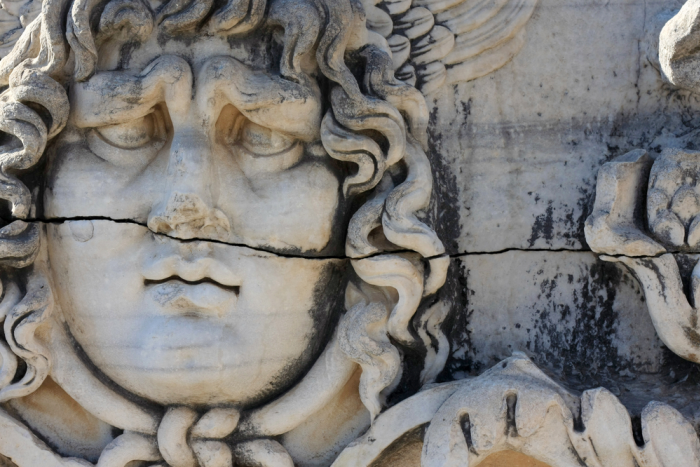 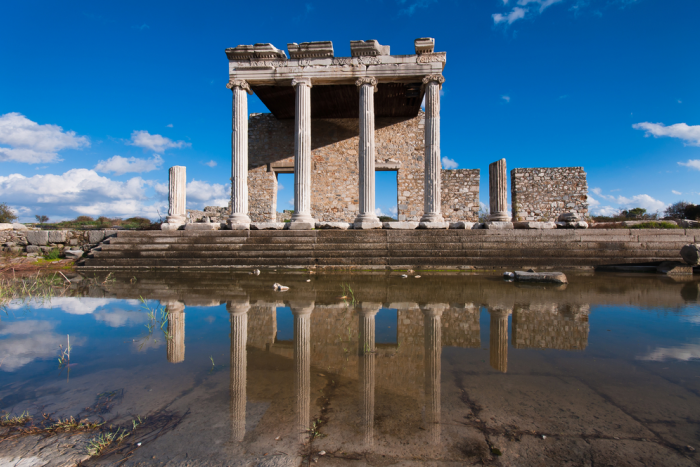 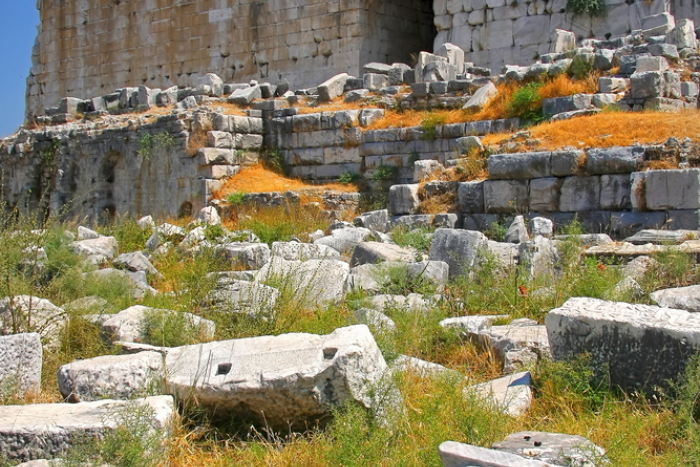 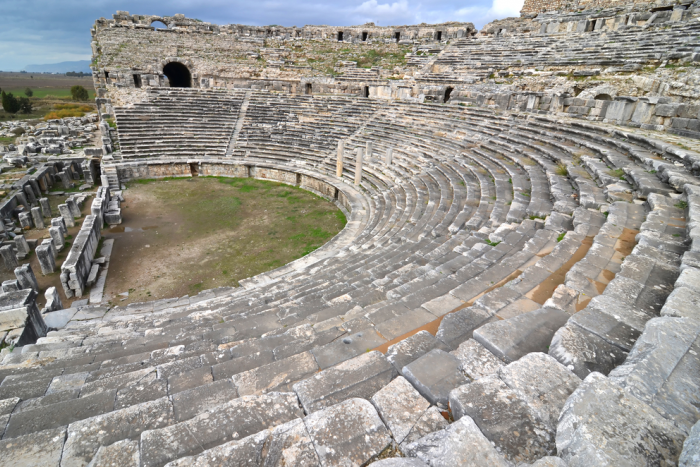 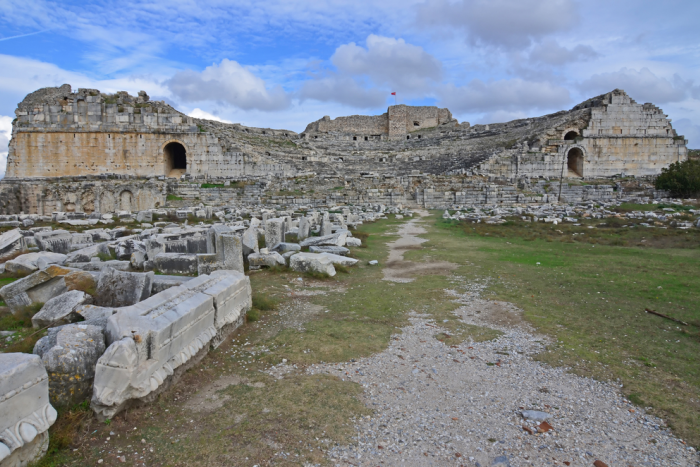 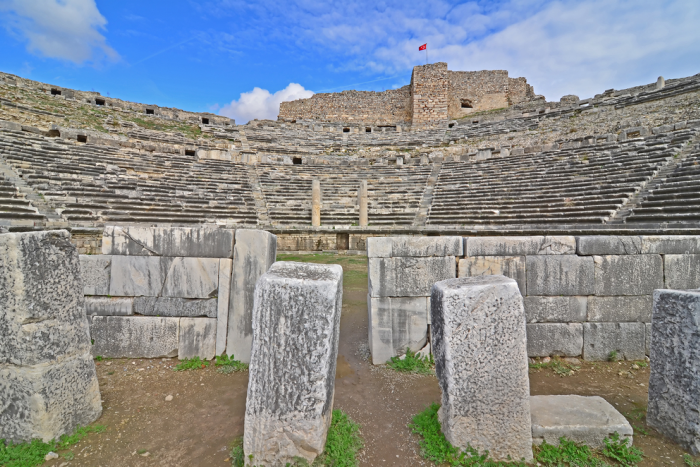 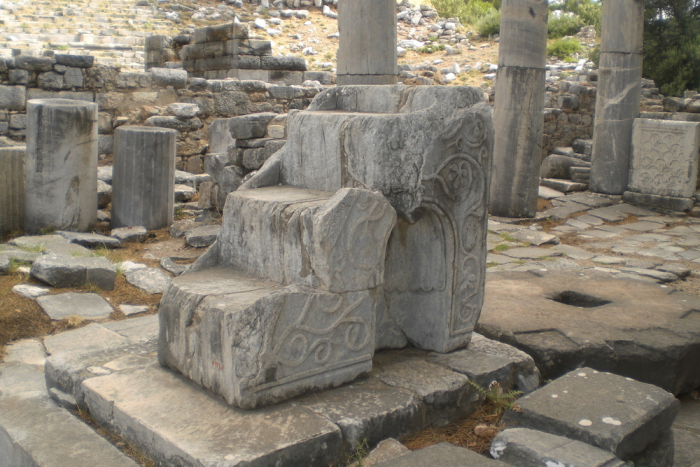 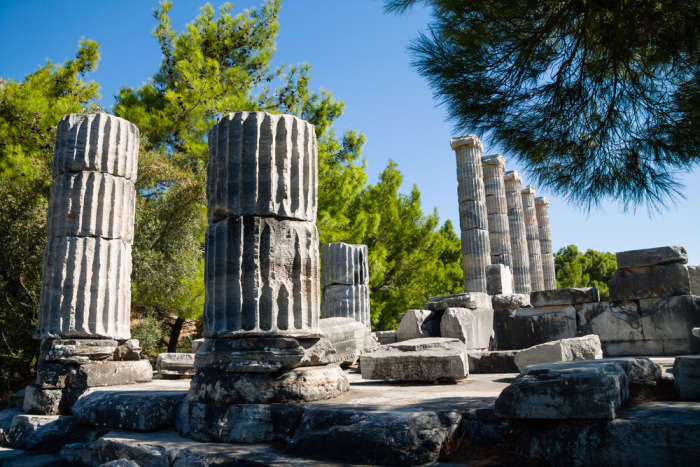 You will be picked up from your hotels in Selcuk and we will start our tour visiting these three neighbouring antique cities which have historical significance. Our daily Didyma-Miletos-Priene tour invites you to experience the antique beauties of these cities. First we will arrive at Priene, a harbour city on the hills of Mykale Mountain, in order to visit the examples of Hellenic art and architecture. After Priene we will drive through Miletos which once was one of the biggest cities in Anatolia, to the land of genius philsopher and architects such as Thales, Anaksimandros, Hippodamos, Isidoros etc. Finally we will depart for Didyma which was not a city but a temple dedicated to Apollon which was once one of the biggest temples in the Hellenic world.

Priene: Although it used to be a harbour city it is now located 16km inland from the sea on the hillside of Mykale Mountain. Panionion, the center of 12 Iyonia cities, used to be in Priene and the dwellers of the city were used to manage the meetings. Priene Antique City, which was rebuilt by famous architect Hippodamus, is known as the most beatiful antique city of the Hellenistic Period in the archeology.

Miletos: Once you step in Miletos Antique City, close your eyes and try to dream of the philosophers who think over the mysteries of the universe. 2,600 years before today, rationalist idea and philosphy were founded on this antique city by famous philospher Thales. Antique theatre of Milet, is one of the finest examples of Greco-Romen architecture. Miletos, with its 90 colonies, was one of the greatest and richest of all Greek cities.

Didyma: Altough Didyma was not an ancient city, it was one of the three important oracle sites in the ancient world. Here is a temple dedicated to Apollon and it was once one of the biggest temples in the Hellenic world. There used to be a holy road of 19km which connects the temple with Miletos.